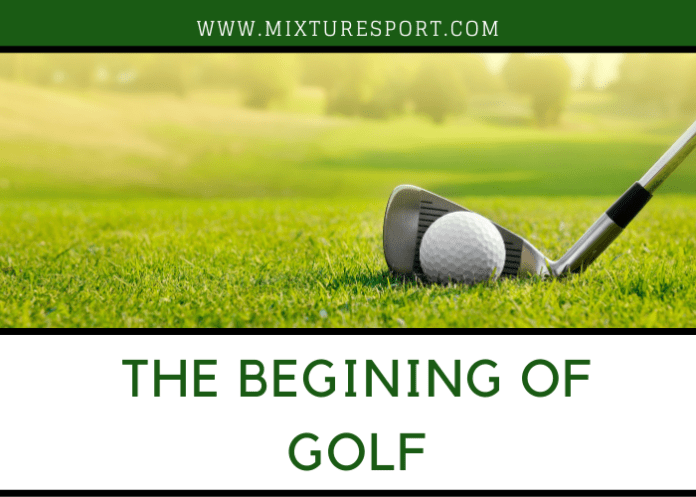 When you are playing the great game of golf, your golf scores become both your best friends as well as your worst enemies. Many players live by their golf scores and judge their progress according to what the score card says. While you might think that your golf scores are the best gauge of how you are coming along as a golfer, that isn’t necessarily the case.

The way golf scores are tallied can mean so many things. Just because you shoot an 8 on a par 4 doesn’t necessarily mean you are a bad golfer. It might mean that you had a bad drive and a mis-aimed chip – but it doesn’t make you a bad golfer. So don’t put too much stock into what the scorecard says. Judge your golf game by how you play rather than what your scores are.

Golf scores are only meant to help you keep track of the strokes you take to get from tee box to the hole. They don’t ever take into consideration things like hazards, weather conditions, or anxiety. Sure, you can’t keep track of how you are doing without paying attention to your golf scores, but you still need to keep in mind that there are a million variables that can make your score fluctuate.

Of course, if you’re a golfer, you know all the terminology – birdie, eagle, bogey, double eagle (if you’re really lucky) – but the real story in golf scores lies in how you played the course and navigated the hole. Instead of keeping track of scores, why don’t you keep track of where you were for a particular shot and how that shot came out?

Let’s say, you make a horrible drive on a par 4 and only end up 100 yards off the tee box. Let’s hope it’s past the women’s tee – if you know what I mean! So now you are faced with a long fairway shot. You pick up your favorite club and smack a beautiful flyer right on the green. Who’s going to say that wasn’t a good golf shot? You end up with a par on the hole, but your score doesn’t really reflect that amazing shot now does it?

The point is, don’t put too much emphasis on the amount of strokes on your scorecard. Think about your golf score as a reflection of the amazing shots you’ve made as well as the flubbers you’ve had to live through as well. Then you can find out what kind of a golfer you are and not have to live by the golf score alone.

However, the Scots are generally adamant that the game of golf was a Scottish invention on St. Andrews golf course. The name “golf” is a derivative of the Dutch word “kolf” however, so as for who really invented the game, we say who really cares!

It really doesn’t matter who actually invented the game, but what does matter is how the history of golf has evolved over the years. Golf courses have not always had eighteen holes. St. Andrews began with eleven holes dictated by the topography of the land the course was located on. Players would play the eleven holes out and then back in to total 22 holes. Later, several of the holes were deemed too short and were combined with each other. That reduced the number from 11 down to 9 so a complete round of golf was comprised of 18 holes.

By 1744, the game of golf had become wildly popular. So much so that a group of men called Gentlemen Golfers decided that a set of rules must be laid out for fair play. They came up with a list of thirteen guidelines on playing the game.

Major changes since the 19th century have occurred in the equipment needed for play. Better mowers made greens easier to play on. Golf balls designs would evolve by using rubber and man-made materials which made the ball fly longer on a drive. The wooden golf tee would make the drive easier.

No discussion of golf history would be complete without talking about the advances made in golf clubs. Metal shafts came about in the 1930s and most drivers were made of wood which is why they are called woods today even though they are most commonly made these days of metal or titanium. fourteen golf The golf shaft design has also gravitated towards graphite which is lighter and makes the club easier to swing.

When referring to the history of golf, we can debate exactly where the game originated, but the game of golf as we know it today, most certainly came about in Scotland. Even if we’re wrong, we do still have this wonderful game – and most of us are very glad about that!

Challengers on the golf courses are numerous especially when you have several sand bunkers. Bunkers are now placed on the fairways as well as around the bunkers causing more golfers headaches! Having to hit out of the sand provides for all sorts of stroke modifications, and golfers love to have the challenge at hand!

The golf course that we play most often used to be a cow pasture. The rolling hills that used to have Holstein’s instead of golf carts make this particular golf course a lot of fun to try and get “up and down” on. Rolling hills cause the golf ball to- you must guess here – roll! You think you have a great drive and you just might have but when you ball lands on the side of a hill two things will happen either it will stop dead a harder shot or it wiil carry on down the side of the hill. Either way, this is another way to make a golf course challenging.

Natural trees and woods are also part of the golf course environment. When you hear the sound of your ball hitting a tree on the golf course there is no sound worse. Then you have the fun task of trying to find out where the ball landed. Did it go further in or did the tree propel it out into the fairway? You have a great way of either way to challenge yourself against natural elements.

The fun of designing a golf course is shared by player and designer alike. Take in the natural elements of your favorite golf course and then navigate through those hazards with a positive attitude. Then you’ll be having fun!