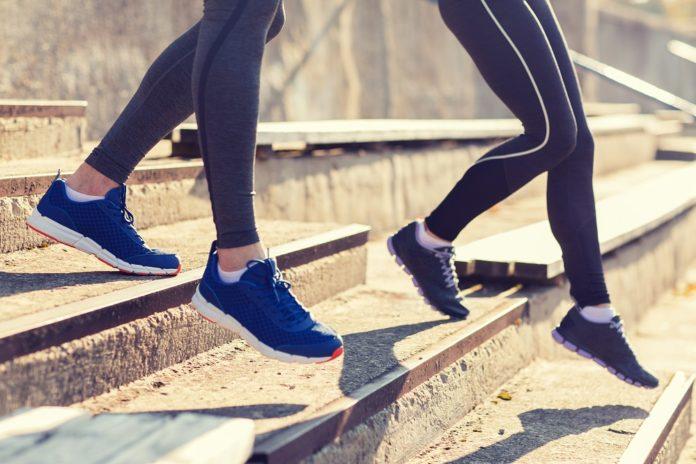 Being a diabetic you probably know… especially if you are following the Beating Diabetes diet… that regular exercise is good for you.

In fact, 30 minutes a day of exercise, such as brisk walking, swimming, cycling, dancing, gardening and similar activities, can actively help you control your diabetes.

The benefits of these kinds of moderate exercise include:

But there is another benefit that is seldom mentioned… exercise can improve the functioning of your brain and improve your cognitive abilities.

Indeed exercise is the most scientifically proven enhancer of your brain.

How exercise boosts the brain

Exercise increases the blood flow to the brain, delivering the extra oxygen and nutrients which the brain requires to function. This confers a variety of benefits on the functioning of your brain, viz:

Executive functions are higher level brain skills. They include things such as control over impulses, attention span, task and goal management, working memory capacity and so on… all skills that are important for planning, organising, problem solving etc.

A meta-analysis (a scientific review of multiple studies) published in March 2003 in the same media as Fitness effects on the cognitive function of older adults examined the results of 18 different papers on how the brains of older people are affected by regular exercise. All participants in the studies were healthy but led sedentary lifestyles. Fitness training was found to have robust benefits for various aspects of cognition, with executive-control processes benefiting the most.

Continuous interruptions from flashing mobile phones, bleeping news feeds and email messages and so on are making concentrating on a single task increasingly difficult these days. But exercise can develop our skill to ignore distractions and apply ourselves to the task in hand.

A study titled Cardiovascular fitness, cortical plasticity, and aging published in March 2004 in the Proceedings of the National Academy of Sciences demonstrated that physically fit older people have better control over their ability to focus their attention (as measured by a difficult cognitive task).

Cognitive flexibility is the mental ability to switch between thinking about two different concepts, and to think about multiple concepts simultaneously. It is a measure of executive function.

We use our willpower to stay on track for personal and professional goals, avoid temptation and adhere to healthy habits. Exercise can increase your willpower.

A meta-analysis published in 2013 in the British Journal of Sports Medicine looked at several groups of people… children, adolescents, and adults up to the age of 35. The researchers found that short bouts of exercise had a significant affect across all age groups in various areas of executive function, including willpower.

Research suggests that exercise is unlikely to improve short-term memory, ie the information in your head that is currently being processed, or the effect (if any) is short-lived.

Long-term memory refers to the storage of information over an extended period, anything from a few hours to several decades. A link between exercise and improved long-term memory has been established in various studies.

Aerobic Exercise and Neurocognitive Performance: a Meta-Analytic Review of Randomized Controlled Trials, published in the US National Library of Medicine (National Institutes of Health) in March 2010, concluded that aerobic exercise training is associated with modest improvements in attention and processing speed, executive function, and long-term memory.

Another study, published recently in Current Biology, found that 35 minutes of interval exercise on a bike strengthens long-term memory. Timing however is crucial.

In another study Effects of acute exercise on long-term memory, published in the US National Library of Medicine (National Institutes of Health) in December 2011, participants were divided into three groups. Each group had to recall as much information as possible from two paragraphs.

The first group received the information after exercise, the second before exercise, and the last completed no exercise. The exercise consisted of 30 minutes on a cycle ergometer.

The group that was exposed to exercise before being given the information performed significantly better at recall than the others.

Resistance exercise is any form of exercise that forces your skeletal muscles (not the involuntary muscles of your heart, lungs, etc.) to contract, eg weight-lifting.

Episodic memory is the memory of past personal experiences that occurred at a particular time and place.

The participants were shown photos with different emotional values (neutral, positive, or negative) after which some of them exercised using a leg extension machine. Forty-eight hours later, they were asked to recall the photos again.

The group which performed the resistance exercise were better at recalling, particularly the pictures that were emotionally charged.

Your brain’s grey matter is where information is processed, muscles are controlled and sensory perception such as seeing and hearing, memory, emotions, speech, decision making, and self-control take place.

Can exercise help with this? The simple answer is ‘yes’.

A study, White Matter Integrity in Physically Fit Older Adults, published in 2013 in the US National Library of Medicine (National Institutes of Health) found that older adults with a history of aerobic exercise were observed to have better white matter integrity than their sedentary peers.

The value of aerobic exercise for the integrity of white matter cuts across all age groups. A study published in Frontiers in Human Neuroscience in 2014 found that aerobic fitness is associated with greater white matter integrity in children.

Another study, Aerobic Exercise and Neurocognitive Performance: a Meta-Analytic Review of Randomized Controlled Trials, mentioned above under [5], found that exercise gave people a modest improvement in their cognitive speed, ie how quickly their brains could process information.

Starting around the age of 30, our brains start to lose volume, most notably in the hippocampus. This natural loss can affect our cognitive abilities, memory and even spur the onset of dementia.

According to Exercise training increases size of hippocampus and improves memory, a study published in PNAS (Proceedings of the National Academy of Science) in the USA in February 2011, moderate exercise in healthy older adults helps them gain 1-2% volume in the hippocampus area, the equivalent of reversing brain aging by about 1-2 years. This reversal improved spatial memory.

Research published in Nature Research in November 2013, Physical Exercise Habits Correlate with Gray Matter Volume of the Hippocampus in Healthy Adult Humans, found a link between exercise habits and brain volume among persons 18 to 45 years of age.

After adjusting for factors such as age, gender, and brain volume, the researchers found that, person by person, the number of minutes of exercise performed each week correlated with the volume of the right hippocampus.

This research suggests that regular exercise may be able to protect against the brain’s natural shrinkage as it ages.

Neurogenesis is the process of growing new brain cells. A chemical call BDNF (Brain-derived Neurotrophic Factor) promotes this process in our brains.

A review of 32 experiments and observational studies published in the US National Library of Medicine (National Institutes of Health) in February 2014, The effects of physical activity and exercise on brain-derived neurotrophic factor in healthy humans: A review, concluded that acute and chronic exercise elevated BDNF levels in humans.

Exercise helps reduce the risk of stroke, ie an interruption or reduction in the supply of blood to your brain. This deprives your brain of oxygen and nutrients, which can cause your brain cells to die.

A study presented at the American Stroke Association’s International Stroke Conference in 2008, showed that men and women with healthy cardiovascular systems could reduce the risk of stroke by 40%.

But you don’t have to be running marathons to reduce your risk… regular ordinary exercise will suffice. The study also reported that persons who exercised only moderately had a significant chance of lowering their risk of stroke.

A study that followed 2,000 men for 35 years found several healthy behaviours that reduced the men’s chances of developing dementia by a massive 60%. These behaviours included not smoking, not being overweight, having a high intake of fruit and vegetables, drinking alcohol in moderation or just a little, and exercising regularly.

Regular exercise has been identified as being the largest contributing factor in reducing dementia. Healthy Lifestyles Reduce the Incidence of Chronic Diseases and Dementia: Evidence from the Caerphilly Cohort Study, was published in PLUS ONE, a peer-reviewed journal in December 2013.

Another study, Potential for primary prevention of Alzheimer’s disease: an analysis of population-based data, published in The Lancet in August 2014, examined the factors that can contribute to the development of Alzheimer’s disease… diabetes, midlife hypertension, midlife obesity, physical inactivity, depression, smoking, and low educational attainment.

The study concluded that your chances of developing Alzheimer’s are increased by 82% if you are physically inactive. In other words, your best hope of avoiding senility is to exercise regularly.

Here’s another take away from that study. The study claims that by exercising vigorously for just one hour a week, you can cut your chance of developing Alzheimer’s in half. But if you can’t manage that, or are unable to undertake vigorous exercise, moderate exercise (such as walking) for 30 minutes on 5 days a week will give you the same reduced chance of developing Alzheimer’s disease.

The study was published in the US National Library of Medicine (National Institutes of Health) in September 2011.

What exercise is best for the brain?

There is no best… but different types of exercising affect the brain in differing ways.

Generally speaking, all types of exercise will have some beneficial effect on your brain.

But no matter what type of exercises you perform, the key is to do them regularly.

Aerobic exercise… is probably the best form of exercise for your brain. It improves your brain’s executive function, cognitive flexibility and long-term memory. It also enhances white matter integrity enabling you to think faster. In other words, aerobic exercise enhances all those attributes that enable us to function as human beings.

A popular form of aerobic activity is walking. It is easy to do, you don’t need special equipment, and it can be done almost anywhere. But to get the aerobic benefit, you must walk briskly… fast enough to increase your breathing and pulse, but not so fast that you become uncomfortable.

Fitness training … that is, getting as fit as you can, using a variety of exercises, helps enhance your executive control functions. It also improves your ability to focus your attention. In addition, it enhances academic performance. It is especially effective with older people.

Interval exercises … are exercises in which you alternate periods of high-intensity exercise with low-intensity recovery periods. These exercises burn more calories over a short period of time than steady-state cardio, ie doing the same thing at a steady pace for the same length of time.

Interval exercises using an exercise bike have been shown to strengthen long-term memory, delivering a significant benefit for older people.

Your ability to recall past events can also be enhanced by resistance exercises, such as weight lifting.

Short bouts of intense exercise … have significant effects in various areas of executive function across all age groups. This kind of exercising also elevates BDNF levels which promotes the growth of new brain cells.

In addition, exercising vigorously for just one hour a week can cut your chances of developing Alzheimer’s disease in half.

Building regular exercise into your daily routine delivers a variety of benefits to your brain, enabling you to think better and faster. Doing so is just common sense.

What are the best exercises?

Exercise: Get Started and Keep Going